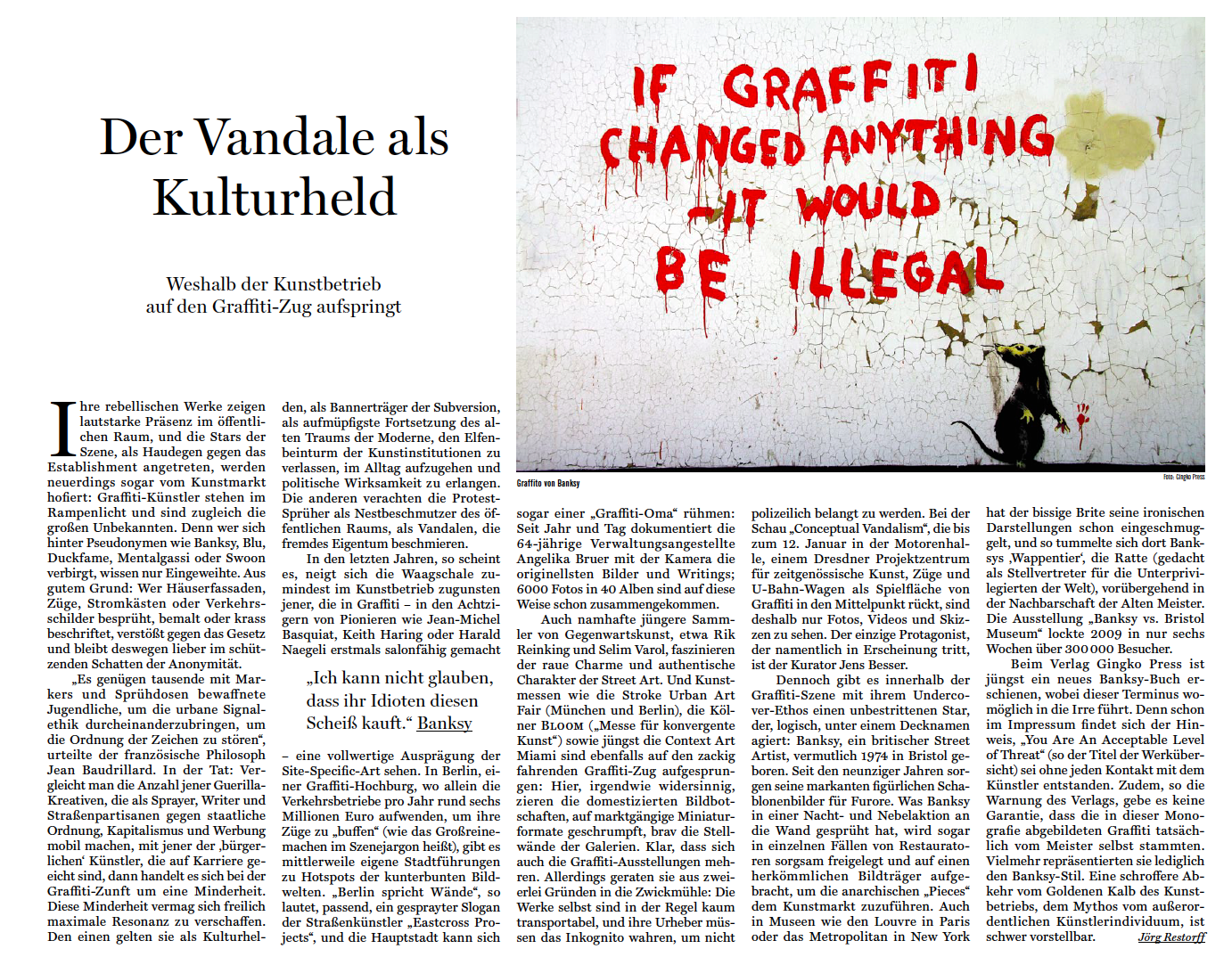 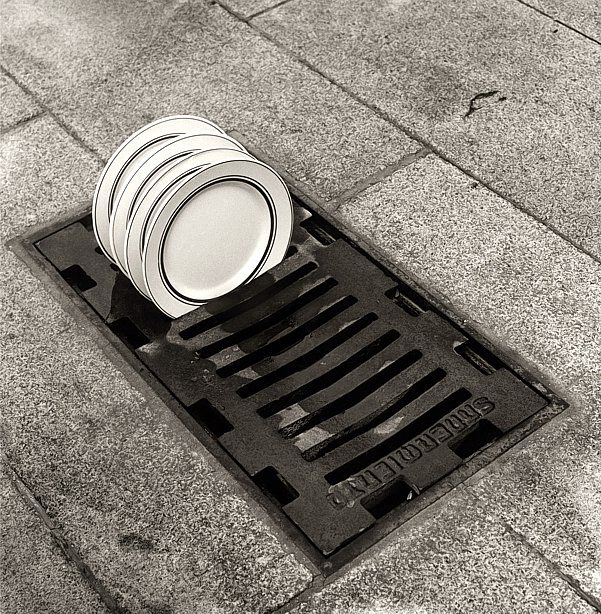 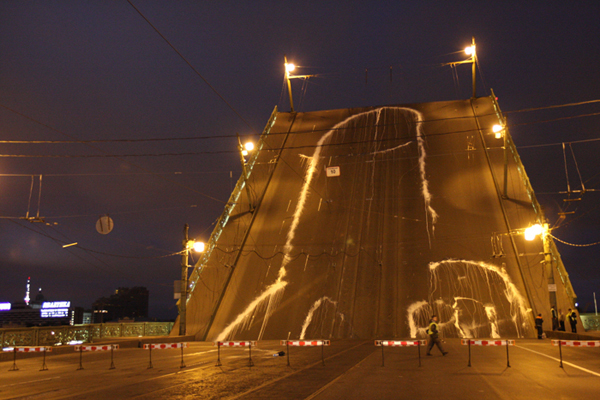 In 2010, Russia’s activist art collective Voina rose to fame when they painted a giant phallus on a drawbridge in St. Petersburg. It rose, effectively flipping off the Federal Security Service headquarters, which oppressed citizens would refer to as the modern-day KGB. Dick Captured by the FSB remained erect for hours. In 2011, after Voina members were persecuted and jailed for a different anarchistic action, the anti-government piece won the government-approved Innovation prize for best visual work of art. Oh, the irony. via

[youtube=http://www.youtube.com/watch?feature=player_embedded&v=kMXQ3U3FSyw]
Voina explains – “In the night of June 14, 2010 in St. Petersburg, on the Che Guevara birthday, the Voina group painted the Dick, 65 m high and 27 m wide, on the Liteiny Bridge before it rose. At 1 a.m. the bridge started opening up, and the huge Cosmic Dick stood up just opposite the main building of the KGB in St. Petersburg. The activists painted the Dick in 23 seconds, while running and fighting with the bridge security. The paint was poured from the cans onto the bridge roadway. Alex Plutser-Sarno, the Voina activist, defined the genre of the action as a “sketch in the open air” or a “street sketch”. Alex proclaimed that the Dick was turned on not only by the main KGB office, but by the whole hierarchy of power in Russia. And it also was a protest against the heightened security measures expected at the International Economic Forum, held from June 17 in Saint Petersburg, the hometown of both Russian President Dmitry Medvedev and Prime Minister Vladimir Putin.” 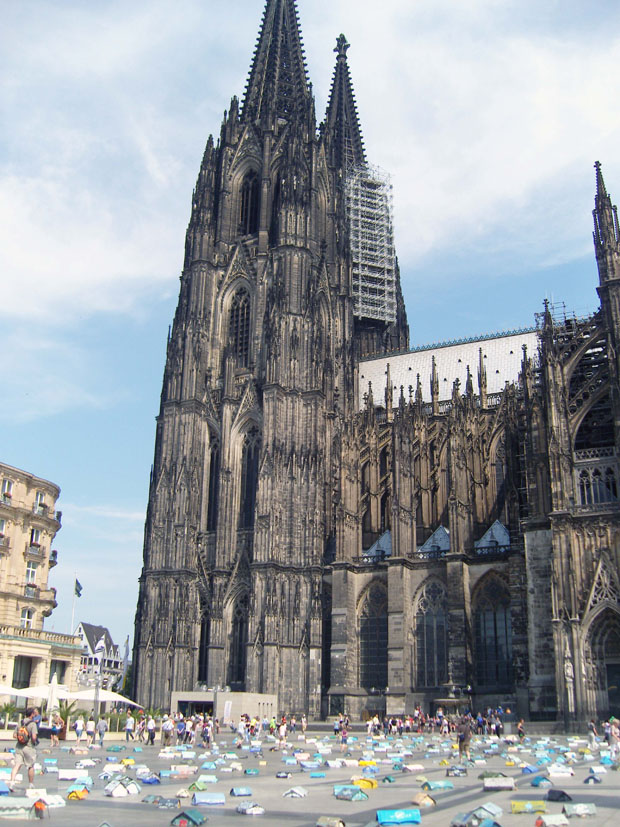 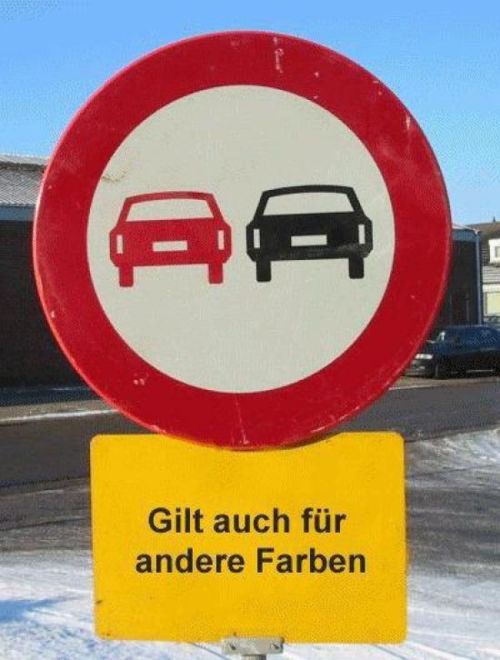 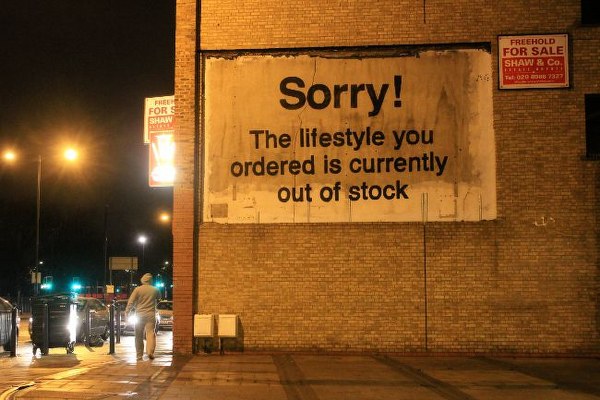 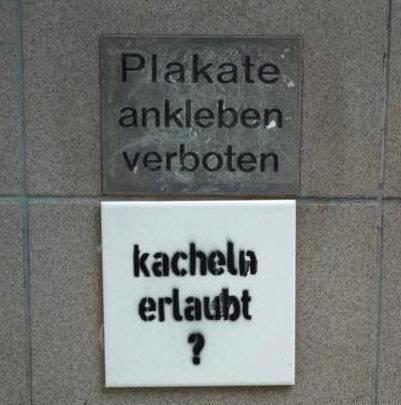